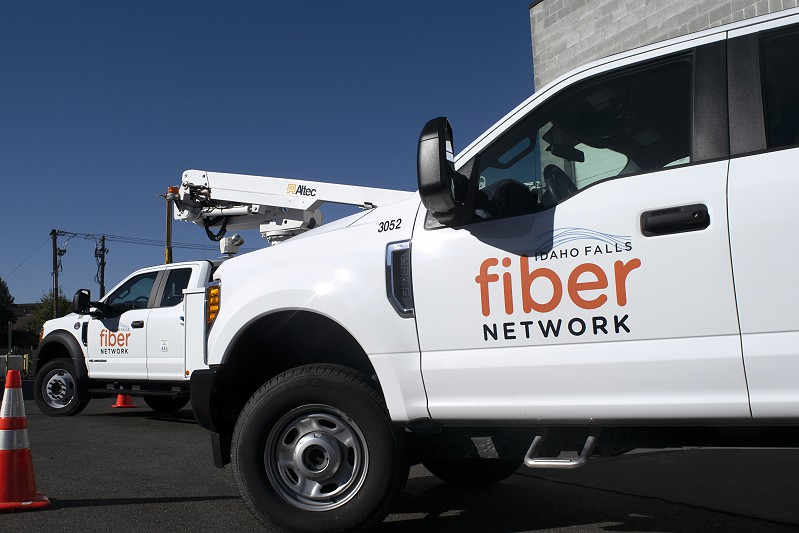 IDAHO FALLS — In a unanimous vote at a special City Council meeting Thursday evening, the Idaho Falls City Council moved to continue the expansion of the city’s fiber network to provide high-speed broadband access throughout the entire city of Idaho Falls.

In September of 2018, the Idaho Falls City Council directed Idaho Fall Fiber to test the economic feasibility of leveraging the existing conduits and infrastructure of Idaho Falls Power to install fiber optic lines to residential areas. The resulting pilot project connected its first customers in March of 2019 with the final phase of construction completed in early September. This pilot encompassed approximately 1,250 residential homes.

Since that time, Idaho Falls Fiber officials have been gathering data and evaluating the costs and feasibility of expanding the high-speed fiber network through the rest of the Idaho Falls community. That information was presented to the City Council at Thursday’s meeting. Council members also heard from the residents who have taken part in the pilot program.

At the outset of the program, city leadership had expressed excitement for the opportunity to work with local internet providers to bring this cutting-edge broadband internet access to the community.

"This kind of a public-private partnership is exciting. It allows the city to focus on infrastructure—something we excel at," said Idaho Falls Mayor Rebecca Casper. "And, it allows local internet providers to offer their internet services to residents where they previously could not get this type of infrastructure to deliver a reliable high-speed internet product. It captures the best of both worlds."

"Designing a system like this is a complicated operational and engineering function," said Prairie. "That’s why the City Council approved the agreement for us to partner with UTOPIA Fiber, a not-for-profit entity like Idaho Falls Fiber, that has the experience in operating successful networks similar to our design. We are excited to have successfully demonstrated that utilizing our existing power utility infrastructure to install fiber lines, coupled with UTOPIA’s software that opens the network to local internet providers to use, has proven to be an economic success for our city."

The build out of the citywide network is projected to take place over the next four years starting with the areas that can be built the soonest to cover the most customers who are requesting the fiber utility. The network will be built in areas that are served by Idaho Falls Power, which is also a not-for-profit electric utility that is owned by the city and its residents.

For more information on the network and the areas of future expansion, community residents can visit www.idahofallsfiber.com or stop by Idaho Falls Fiber’s office at 140 S. Capital in Idaho Falls. Customers can pre-sign up for the high-speed fiber network service online or in person which will help direct Idaho Falls Fiber to the most underserved areas first.

Idaho Falls Power was formed in 1900 to provide limited downtown street lighting with a canal hydro project. Today, Idaho Falls Power has some of the lowest electric rates in the United States. Idaho Falls Fiber was formed in 1998 with the construction of a limited fiber network for the power utility. It expanded in 2002 to provide service to other city and county buildings, educational institutions, and commercial businesses.