Idaho Falls Fiber has partnered with five internet service providers to offer residential fiber internet service. When you sign up, you will select one of the providers. Links to each provider are located below. Click on a logo to research service options. You do NOT have to contact the provider directly. When you sign up for service, Idaho Falls Fiber will contact your provider and establish service on your behalf.

Sammang Te
a week ago


I ordered service a full month ago. They originally told me it would be DONE in 2-3 weeks which I didn't want to wait that long to begin with. I have called them at least 7 times asking for updates so I can be there and every time they tell me that they're going to reach out to their technicians for an update. I've never received a single response until I called back in today and they told me they can't install until the spring at the earliest. Extraordinarily frustrated and unhappy with them. I don't know how difficult it is to communicate with your own technicians and set realistic expectations for your customers but apparently this company finds it to be an impossible feat. Unfortunately, this company is pretty much my only option in my neighborhood so they couldn't care less.


If you're a home worker like I am, think twice about these guys. I moved into my house almost three weeks ago and I'm still waiting on them to connect my service. I have called them 6 times asking for updates and every time I get a noncommittal answer that they're going to reach out to their technicians for an update when my service should be connected. I've never received a single response. Extremely frustrated and unhappy with these guys so far. This company has a monopoly on my neighborhood so it's not like I can tell them to take a hike and use a different ISP.


They said that they would pick up my box because they were in the area. Instead they sent me to collections for not returning the box when they wanted it.


Terrible quality. We always have trouble with our Internet and it can't even keep a live stream on zoom with one computer on the network. Paying $50 for nothing.


So much better than what we had.

Eric Tracy
a month ago


These guys got our fiber connection up and blazing fast as soon as possible and did their best to make us happy. Good, old-fashioned customer service in an apocalyptic world. Thank you!


Mike responded within 10 minutes of my call on a Friday night at 8pm. Had me up and running in no time a all. In a year of service only had one downtime and was only out 15 minutes. Highly recommend these guys!


Mike and Kip were awesome with the set up process for our business. Great price too. Don't hesitate giving these guys a call!!


Jackson is the man. He has gone above and beyond for me to help me connect my internet. Awesome customer service, and great communication skills. Thanks Jackson 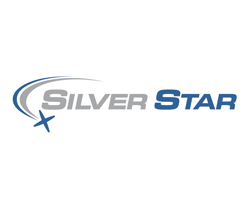 
I didn't have to wait around all day, came a little early. Thought he had bad news for us, but they were able to accommodate my needs for next week. Couldn't have asked for better service. Live in Swan Valley, usually its always bad news. They are able to give me the WIFI I need.


Silver Star did a good job setting up my new service and making sure that I was satisfied with the services provided.


The quality of the internet is outstanding. The installation took 2 days however.


Very friendly, patient and helpful Change was easier than I expected 😌


Service showed up on time. They were clean and efficient. Excellent service.


I called the line to get service on my account and the rep was rude and dismissive. I asked to be transferred to a supervisor and he said there wasn’t one he could contact. I called back immediately and was transferred to a manager. They lie and are very poor at making the customer come first. I’d also be careful about their billing. I started my service in mid July but was charged for the full month. Utopia Fiber is great (only charged me for a half month in July) and that is what makes Sumo seem so good. They are using a solid network provided by a quality company with great customer service. Even when I reconnected my service and received an email saying it was reconnected, I had to call in an hour later just to find out they screwed it up. It took less than an hour to switch to another Utopia provider where my experience was flawless (name stats with an X and they have a mission)


Service is terrible! Took over a month to get installed and they did not respond to my calls or messages. I had to call sumo five times. I tried to pay my first bill and waited on the phone for over 45 minutes! Went through the registration to pay my bill it only says that my password is invalid even after I just reset it. Get it figured out sumo!


I have had Sumo Fiber for several years now and have only had good service and good internet. I would recommend Sumo Fiber to everyone.


So I was move form xfinity and josh Bach make it easy for me thank you josh and tayton. Help me with my Internet connection problem and I would like to fix thank you tayton

Ivan Cardenas
a week ago


Internet maintenance/outage with no warning besides their Twitter account. No ETA, no updates, and no after hours support available. EDIT: Internet out for over an hour, for the second time this week. Still no warning.

Customers signed up for fiber will pay an Idaho Falls Fiber infrastructure fee. This fee is paid monthly for as long as you have the fiber service at your residence. The fee appears on your city utility bill.